What is colorectal cancer?

Colorectal cancer, which is also known as bowel cancer, is thought to be the third leading cause of death in developed countries, and it is more common in men than in women. The colon and rectum are the last sections of the digestive system where nutrients are broken down, digested, absorbed, and waste is formed before being expelled. The cells of these organs can, under certain circumstances, mutate and grow, forming malignant polyps from which cancer develops. 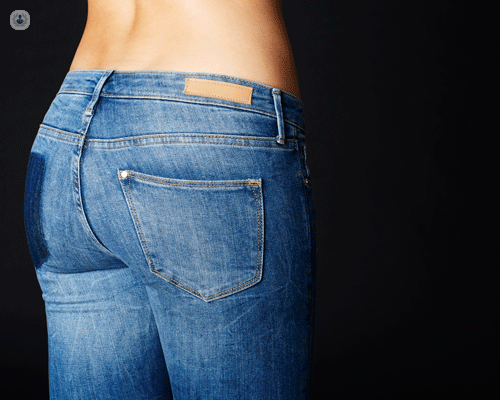 The prognosis of colorectal cancer depends on the stage of cancer at the point of diagnosis and subsequent treatment. If colorectal cancer is diagnosed early, it has an 80% survival rate with treatment. This percentage decreases as the cancer spreads and metastases develop in other parts of the body.

What are the symptoms of colorectal cancer?

The disease can be asymptomatic at an early stage, but symptoms of colorectal cancer can include:

How is colorectal cancer diagnosed?

If the above symptoms occur, a stool occult blood test and blood count should be performed first to check for abnormalities. Sigmoidoscopy and colonoscopy tests will also be helpful in determining whether malignant polyps are present. During these tests, a tissue sample can also be taken for a biopsy for analysis. In some cases, colorectal X-rays and CT scans may also be carried out.

What are the causes of colorectal cancer?

Colorectal cancer develops due to the abnormal mutation of mucosal cells in the wall of the colon or rectum. However, it is still unclear what exactly is driving this cell mutation. What is known is that people can have a genetic predisposition to developing colorectal cancer. If you have a family history of colorectal cancer, your risk of getting this type of cancer is increased.

Other risk factors for colorectal cancer include an unhealthy diet, a sedentary lifestyle, smoking, alcohol consumption, as well as having certain chronic inflammatory bowel diseases.

Can colorectal cancer be prevented?

Whilst you cannot completely avoid developing colorectal cancer, there are ways to reduce your risk. This includes eating a healthy diet with plenty of fibre, avoiding eating too much red meat or processed meats, maintaining a healthy weight, avoiding smoking and drinking alcohol in excess. In addition, in the UK the NHS offers a bowel cancer screening programme in which home testing kits are sent by post to men and women aged 60 to 74 every two years.

How is colorectal cancer treated?

Cancer affecting the colorectal tract can be treated with surgery, radiation therapy and chemotherapy. Which treatment plan is given will depend on the stage of the cancer and the general health of the patient. Surgery is the preferred option at an early stage, as it allows cancer cells to be removed. Radiotherapy is mainly used after surgery to prevent relapses or before, to reduce the size of the tumours, which will be removed later by surgery. Chemotherapy, like radiotherapy, is used in the pre and post-surgical phases.

The specialists involved in the diagnosis and treatment of colorectal cancer include colorectal surgeons, gastroenterologists, general surgeons and oncologists.

Any cookies that may not be particularly necessary for the website to function and is used specifically to collect user personal data via analytics, ads, other embedded contents are termed as non-necessary cookies. It is mandatory to procure user consent prior to running these cookies on your website.